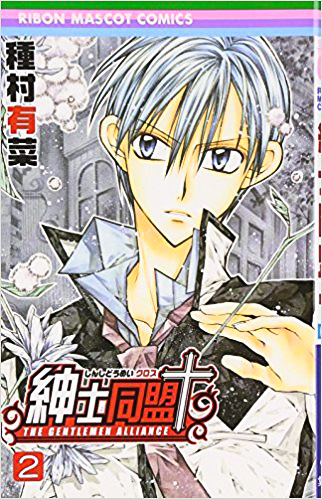 In Imperial Academy, students are classified into ranks. The ranks range from Gold, Silver, and Copper. Haine Otomiya, the heroine of the story, ranks as Copper in the Academy. She is in love with the Koutei (Emperor) Shizumasa Tougu, the only Gold ranked student and heir of the Tougu family.

The Gentleman’s Alliance Cross was created by Arina Tanemura, the same mangaka of the popular Full Moon wo Sagashite. The story revolves around Haine, her family, friends, and love life. Expect this manga to provide you with lots of twists every now and then. As the story progresses, the same goes for the development of the characters.

The characters were drawn beautifully. From their looks to their clothes, it was all good. There were also times that a certain character will remind you of another character.

I guess, the only negative comment I could give to this manga was that it ended so quick. There were things that still need to be given further attention. All in all, Shinshi Doumei Cross is a must read especially if you like some delinquent story, shounen-ai, shoujo-ai, drama or simply romance.