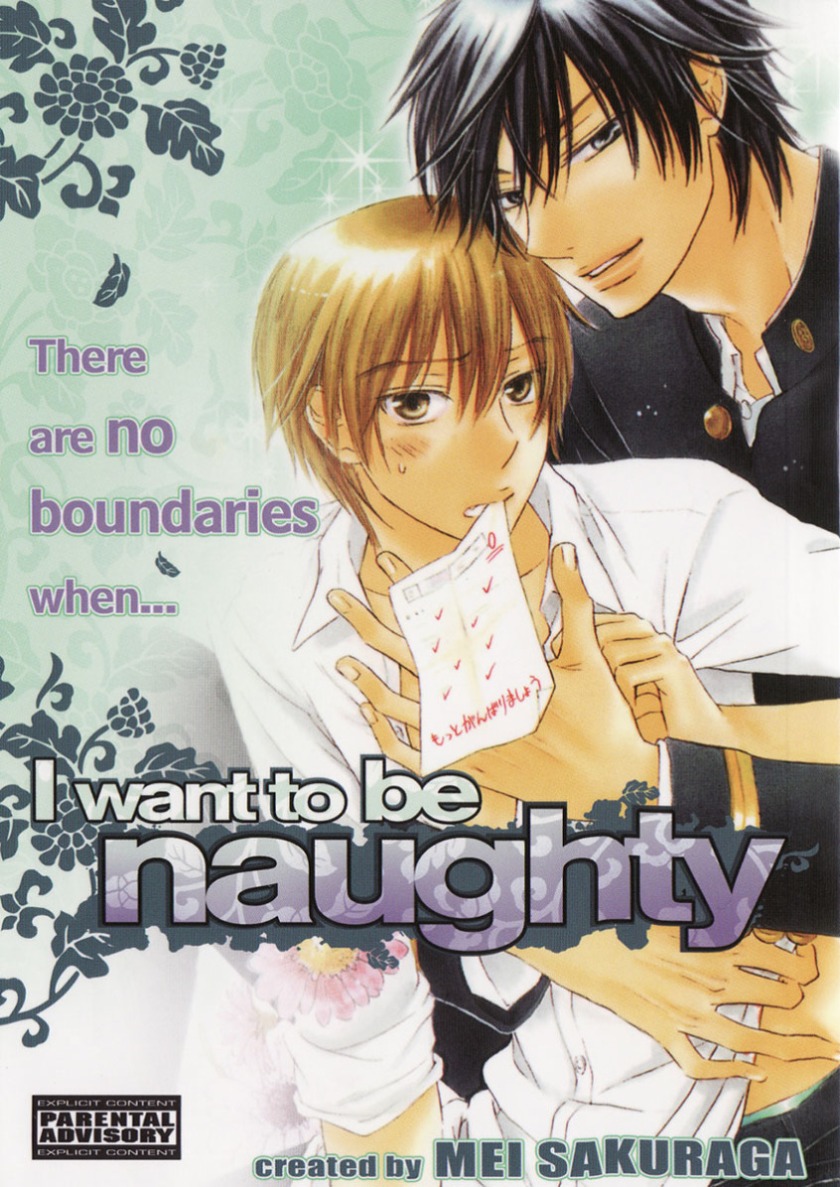 The Student Council has their eye on Towa Aikawa, the school delinquent. He hides out on the rooftop, it’s his special illegal place. He finds Mikado Shirahane on the roof one day. He’s the hottest, smartest guy in school, and now he’s in Towa’s Xanadu…why would Towa find himself falling for him?

Perhaps it’s the passionate kisses and longing looks from the school stud…!?

Hello. First post for 2012! Yet here I am having a hard time to write a proper review. It seems that my earlier reviews are a little too ‘stiff’ or formal and I don’t like that. It’s as if I’m writing a science journal or one of my laboratory reports. As much as possible, I love to write it just like I’m talking to one of my fandom friends. I’d appreciate if you tell me if I’m being over-the-top serious with my reviews. Onto the review!

With our stupidly-brave uke Towa on the blacklist of the Student Council, Mikado the mysterious guy he met at the rooftop appears to be quite protective of him. What Towa does not know is that same guy rules the Council, his so-called ‘arch-enemy’. That does not the only thing that bugs his mind. He slowly finds his heart aching for Mikado. The battle between his brain and heart ensues!

As much as I love its spin-off, Kirai Ja Nai Kedo, I have mixed feelings in this one. Everything about this is pretty generic, if not very much common in other BL stories. The plot of the main story is definitely not the selling point of this book. There is nothing new offered in the entire story. At least the main story gets a pretty decent plot by establishing each character’s circumstances.

Having said that, the remaining 3 one-shots suffer from lack of development and plot; decreasing enormously with each chapter. It’s not they are uninteresting. In fact, they have lots of potentials to be a good story but the storyboard is not solid; confusing you with their sort of jumbled plots.

What makes this one endearing are the characters, the main pairing particularly. Towa may look like a feminine guy but he stands up for what he believes in. Sure, I found myself wanting to facepalm once in a while because of his dumbness and naiveté. However, that makes him more adorable and one-step-ahead for being the standard uke. The seme, Mikado, appears to be the manipulative type at first. On the contrary, he’s a softie for Towa to the point of protecting him to the other members of Student Council. This couple’s undying trust with each other shows how deep their faith is with one another through their actions. Which help us empathize with the emotional struggle they’re going through their relationship.

The only thing that I find pointless is that there is no confession happened and there is Mikado expecting something from Towa. Like, come on dude. You know how clueless your uke is so you have to explain one by one to him. Not all couple having smexy scenes are lovers (read: The Tyrant Falls in Love).

As for the one-shot characters, they are just plain characters with lots of potentials (as mentioned above) when given a few more chapters for both plot and character development. Like, chapter 4. It’s a unique set of characters but isn’t explained thoroughly so there are some loopholes in the story. Same goes to the other one-shots. It’s such a shame since I like some of them and could have been a good mainstream pairing.

Another positive note for this is its pretty and detailed drawings. The lines are distinct, each facial expression is clear. The downside is that this is only clear in the first 3 chapters. The artist might have gone lazy for the characters have become less distinguishable with one another. It becomes sketchy with each page. It’s sad since her designs are good. So much as I like the characters design; it is masked by the heavy shading.  It’s a little too much that I had to squint to read the texts.

All in all, it’s a good read. It has its fair share of comedy, drama, and high school romance which for sure, you’ll like. Towa may be a little grating to your nerves at first but he’ll surely grow on you. If romance with a bit of comedy and some teenage angst is your cup of tea, you might want to give it a try.