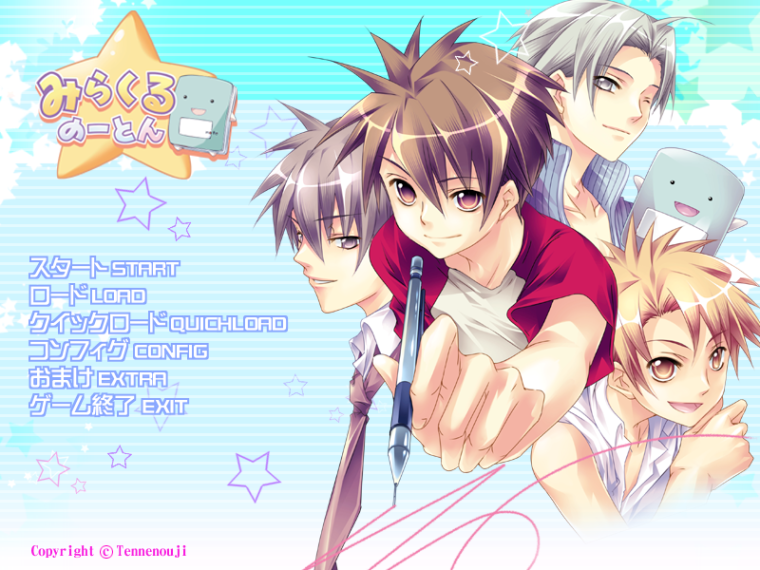 If Death Note has a BL counterpart, Miracle No-ton fits the bill. (¬‿¬)

I started this game as an entry for the #EroGameMonth back in November. But guess who’s slow in gaming and blogging? ┐(‘～`；)┌

One day, Akira finds Noton, a talking notebook, that can grant wishes. The catch is only ecchi wishes work. So for starters, Noton tells Akira to choose someone close to him to do H-stuff with. He gets to choose from his older brother, his childhood friend, or his classmate. The next day, when Akira decides to try it on a girl, Noton says, “Nope! You can only wish on the person whom you started out with. Tee hee.” Noton, you sly notebook. （‐＾▽＾‐）オーホッホ 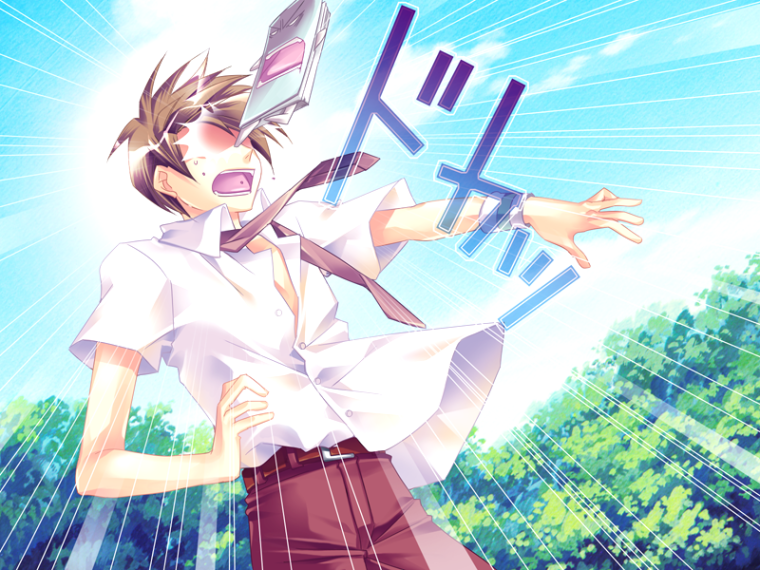 As for plot… what plot? The smex IS the plot lol. That is the whole point of the game. There may be a bit of story here and there, but that’s it. Yep, there’s incest. Not usually my cup of tea but in the end, I find it the best route.

Akira has always been in the shadow of his perfect brother so while he admired him, he also hates him for being like that. The truth is, Kouki is in love with his younger brother since forever. But he has been trying to rein his feelings. That creates a conflict and a bit of drama in the game.

Got to love the gap in Kouki’s personality. Kouki appears gentle, but he is a freak in the bed. And well, Akira is a pervert too for wanting his brother to do lewd things to him. Their bonding moments involves doing naughty stuff together because why not www. The other routes pale in comparison mainly because Kouki is so creative with his chosen toys. I find them unusual as toys albeit ordinary things in normal life (e.g., thread).

Above everything else, this is the only route that explores Noton’s capabilities. Akira takes the time to ask questions about how the “miracle” works (you should have done that before the ecchi lol).

Seiji is like a ball of sunshine who radiates positive energy. It is funny how despite how tsun Akira can be, he can never be fully susceptible to Seiji’s puppy eyes.

I’ve been looking forward to this route! But it is tad disappointing. Masaomi appears bad ass and is hot. He has a habit of borrowing money from people which lead him to the AV world to earn. It is such a shame we didn’t see him in one, especially uke!Masaomi (would have been nice to see the continuation of one of his CGs). I was looking forward to it! www

One of Masaomi’s AV friends, Jun, is the best supporting character in this game. He wants Akira to do him the moment he laid eyes on our protagonist lol. He is a sexy power uke which is a total win. Plus we see seme Akira outside the dark route which makes this double win. Too bad, there’s no 3P smut. Zannen.

His voice is sexy af (FukuJun <3). It is also nice to see him as bad ass seme. Though most of the time seme!Akira only appears in dark routes. Best character. Noton is the comic relief in the game and his interactions with Akira is golden.