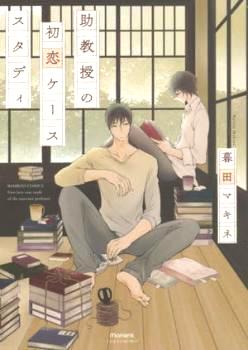 I have been trying to think of a uke who isn’t girly, clumsy, hot-headed, heroic, or emotional – you get the idea. But nothing’s coming to my mind. I couldn’t think of anyone I can compare Yuzuru of Joukyouju no Hatsukoi Case Study to (gosh that’s a mouthful). He looks like every other uke but at the same time not really.

Initially, I thought of Yuzuru as someone from Nakamura Asumiko book. It must be because of his eyes – they appear deep yet hollow. Then there’s also his frail physique. But as I plow through the book he is different from the others.

The story is told from Asahi’s point of view, so we don’t know what is Yuzuru thinking until the latter part of the book. So most of the time, his actions seem like he is sending mixed signals. One scene he is an airhead who collapses anytime, anywhere. Another time, he feels distant to other people like he is ready to drop them once they are of no use to him. And then another, Asahi finds the ever-deadpan Yuzuru lying beside him in bed. Naked. Man, talk about confusing! 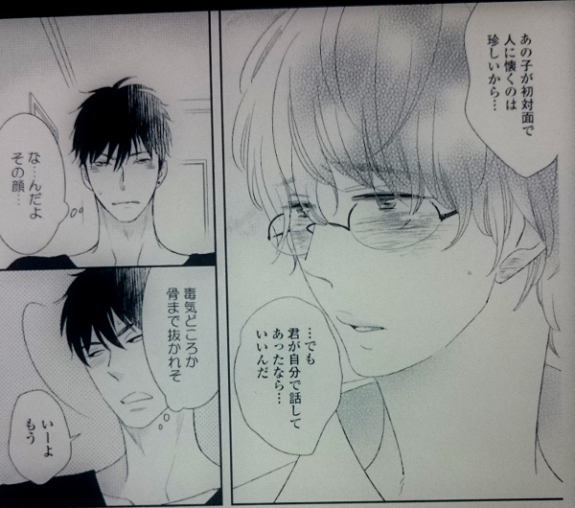 Somehow, I feel sorry for Asahi, for riding that train of feels he did not sign up for when he starts taking care of Yuzuru. It isn’t his fault if the guy he is pining after can be cute as heck and cold as Antartica. On the surface, Yuzuru appears to be in need of constant help. But inside, his mental fortitude is strong, to the point where he disregards his emotions. It is like, his very own antagonist is himself.

Which is a huge contrast to Asahi.

Asahi looks like a delinquent. He is rowdy and unrefined compared to the delicate and cultured Yuzuru. So imagine my surprise when I saw him with his hair down and acting as mother hen to the other guy. Come on, it’s probably not just me who thinks he oozes machismo from the get-go? When in fact, he is very much like a house husband. It isn’t hard to imagine him shower and lavish his lover with lots of hugs and kisses (and coughsexcough).

That’s why he is the perfect specimen for Yuzuru’s love study.

But love isn’t something you think too much about, and Yuzuru has to learn that the hard way. 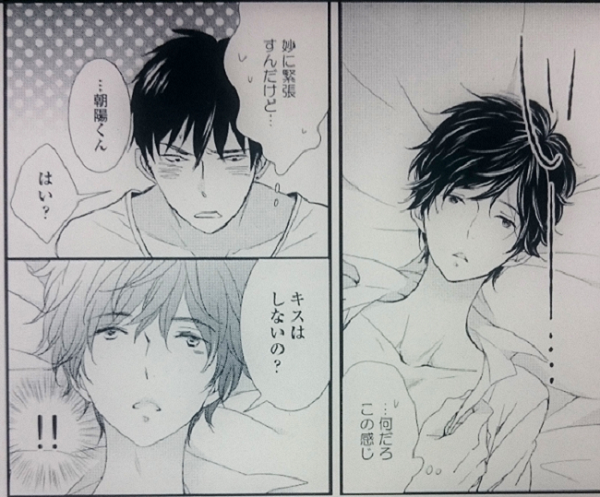 Do not be fooled by Yuzuru’s innocent appearance for he knows what he wants in bed. He demands it.

And that’s nice and all if it weren’t for invisible juniors.

I am not sure if it’s because of my ebook copy or if there is any difference in print, but the dongs are invisible. Like someone put a liquid eraser.

Joukyouju no Hatsukoi Case Study is available in English via Renta so everyone can enjoy this book! And hopefully, squee with me about its adorableness.

If you want to read this manga and would also like to support this blog, please consider getting this book at Renta! (affiliate link). Any purchases made earns me a small commission that goes back towards keeping the site running. Your support is greatly appreciated!

One thought on “[Manga] Joukyouju no Hatsukoi Case Study (助教授の初恋ケーススタディ)”