Code:Realize ~Shukufuku no Mirai~ explores all the possible scenarios it can squeeze out of its setting. Otomate decides that this game is a cross between a fan disk (FD), a sequel, and a spin-off. But they promote it as a fan disk, so my expectations are that of an FD – fun, light, and full of lovey-dovey moments. It seems like Otomate’s idea of FD is different than mine because I certainly don’t think FDs should contain even more heartbreaks than the first game.

The stories are divided into four: the after story with the guys, a side story with Finis, another one for Sholmes, and finally, a mafia story.

Let’s start with the after stories.

This continues to their dream of going to the moon. The two take a step towards their goal, slowly but surely.

Impey’s route is one of my favorite routes! I can’t help but love it! It shows all sides of Impey – his cool side, his workaholic side, his romantic side and of course, his goofy side. It’s impossible not to love this guy. Impey being Impey, is still as funny and cheesy as always. That has always been his charm, and this route pulls it off well. :3 It gave me hope that it would be an enjoyable game (before the succeeding routes crushed my hope haha).

Otomate we need to talk.

This is a fan disk, right? Can’t you give Saint a break from all the drama in his life?

Saint has gone through so much in the original game, yet his route still focuses on the past that catches up with him. That bittersweet feeling lingers even after finishing the route. Is it too much to ask for a happy San-chan?

Not wanting to lose someone again, Van is hell-bent to make Cardia happy. Maybe a little too much.

I’m glad Van is finally getting all raburabu with Cardia, but compared to the first two routes, it doesn’t have much depth. Their misunderstanding is quite confusing to me too.

You know what’s frustrating about these stories? They make sense. But they have too much drama that kills all the fun. I can understand that the gist in Van’s route is that, he is having a hard time expressing his feelings. There’s just too much angst included that prolongs the drama.

The good thing is that I enjoyed it more because the other characters act as the couple’s support system.

Van gets the short end of the stick yet again. /sigh

Fran grew on me in the FD. He is such a sweetheart, but his route failed to give him more fluffy and fuzzy moments.

Fran finally gets the forgiveness he long sought. That is nice and all, if not for the unnecessary meddling from Idea. I thought the struggles of the characters have ended in the main game, so having seen them fight again is a bummer. I also got frustrated because damn where is my wedding end!?

I left Lupin’s route for last. As in, I played all the other side stories first before getting to our gentleman thief.

Lupin just keeps on distracting me in other routes www. No matter which route I’m in, he wishes for Cardia to be happy and he would still grant her wish even if she ends up with another guy. I don’t know about you, but I find it endearing and charming. Basically, Shukufuku no Mirai is all about Lupin being Cardia’s number one supporter.

In his route, it is nice to see him losing cool. He always have that “I’ve got this” look. So it’s good to see an unusual side of him every now and then.

This route has everything I could ask for – enough flirting, enough romance, and enough camaraderie. Plus a nice way to wrap up Isaac Beckford’s personality – not as an excuse for his evil deeds but as a human thwarted by society.

I’m satisfied with this end in everything and a good way to finish the series. Also, Cardia and Lupin 5ever!

Somehow the characters got involved with the mafia.

This is unnecessarily long. It’s nice to see them do something different for once, but it is still damn long. I had to force skip on some scenes – something I don’t usually do. And I think that already says a lot about this. Our main characters are awesome, but I would have preferred to see them enjoy the good times and not get involved in risky business – something they did a lot in the first game. Let them enjoy the happy times. They earned it.

But hey, let’s look at the positive side. Some things are addressed here such as giving Cardia a chance to have a female friend. Then, she and Dora-chan gets to be a regular human girl and a normal kid who explores London with their newfound friends which is cute to watch. You know who the other cuties are? Fran in his suit and fabulous Sissy! 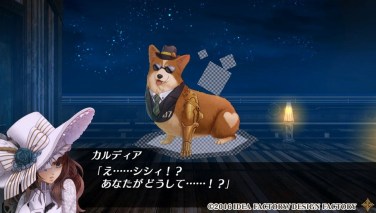 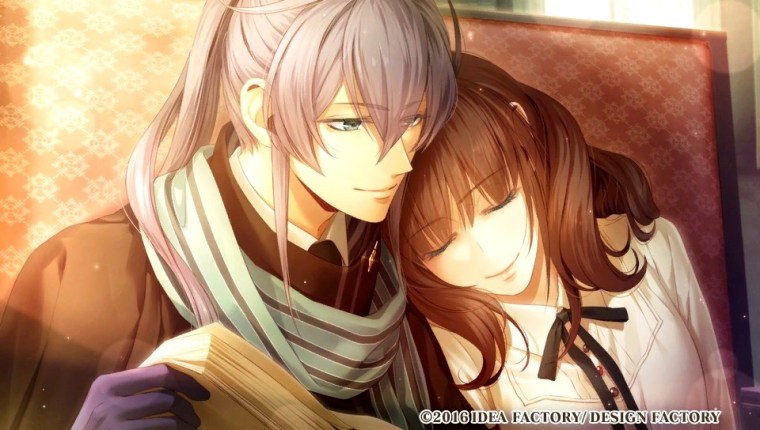 Sholmes also gets a route. I didn’t know many wanted him as a capturable character. I certainly don’t, as I don’t feel any chemistry between him and Cardia. He has even way lesser romance than Van in the first game.

It is an okay story. The normal end is sad, but it does not move me. The kind of bond Cardia has with the original guys is irreplaceable and a significant factor for the romance. So even if she spends her time with Sholmes, their feelings for each other just fell short. That is not to say that there is a problem with the storytelling because I find it pretty good. There is just no connection between Sholmes and Cardia.

If there is someone who needs this FD, that would be Finis. Things do not end so well for him in the first game. Finis may be difficult to like what’s with all the obsession and murderous intent he has. But it is still rather sad, knowing what he truly wants in the end. The FD picks up from that wish and makes a route.

This is the best alternative canon end. There is no romance, sure. But gaining a family instead is better than romance since both of them needs it.

After all the heavy stuff, Otomate includes some cute scenes with Dora-chan.

Let’s face it. Dora-chan is level-headed for his age. He is more mature than the adults in this game. In these short scenarios, Dora-chan finally acts as his age.

Honestly, though, I don’t see the point of this part other than giving Dora-chan a fair share of screentime since everyone in this game gets one. But hey I’m not complaining, I get to see some cute CGs of his. He is one of my faves, so it is a big plus for the game.

While it remains loyal to first game’s animation, I gotta love those fluttering petals at the start. It’s beautiful. It feels like it carries all the love and happiness Cardia deserves. Though, that’s quite misleading if you see the contents of the games. www

As a whole, I loved the characters. No matter which route you play, everyone helps Cardia. They are always there for each other. Meanwhile, the scenarios left me unsatisfied. You could pass on this FD and won’t be missing anything. Unless you’re a hardcore fan of the series, that is.

Random screenies where Lupin supports Cardia, no matter which route you are in. ❤ 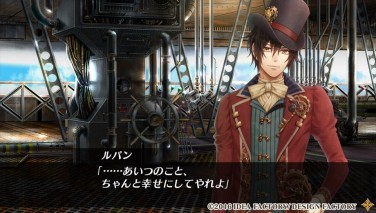 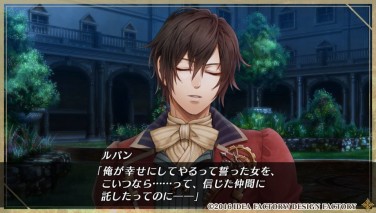 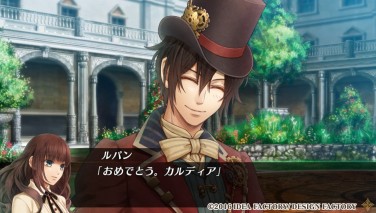