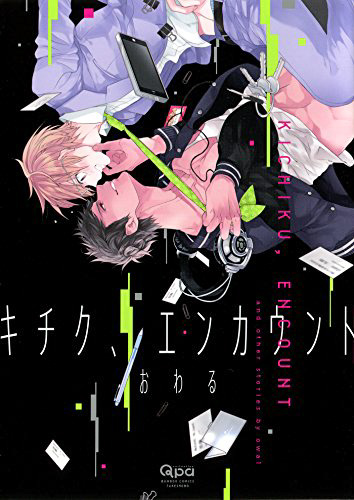 In this day and age where we get muscular and/or power ukes, Kichiku, Encount takes me back to classic BL tropes with a very dominant seme and a frail uke.

As if an afterthought, the development comes in the near end. This makes Chihiro the perfect boyfriend for Satou – gentle, loving, and caring but a beast in the bed. Chihiro mentioned liking Satou because of how he (Satou) always forgives Chihiro. Uhm…

First point: Isn’t Satou just tolerating you? Besides, for the most part, the sex falls into dubcon?

Second: You never really apologize though?

Lastly: You never confessed. How about making yourself clear first?

I probably shouldn’t be surprised by how Kichiku, Encount since most of Owaru’s stories have some borderline scenes. But at least, the other manga have comedy and wackiness that make up for it.