THE CHiRAL NIGHT Rhythm Carnival is a rhythm game from Nitro+CHiRAL featuring songs from their games (Togainu no Chi, Lamento, Sweet Pool, and DRAMAtical Murder). I didn’t really pay it any attention, thinking it would be the yearly CHiRaL Night event. But thanks to this post by Yume-chan, I became intrigued by this game!

Turns out, THE CHiRAL NIGHT Rhythm Carnival is frustrating yet fun to play!

When you open the trial, you’ll be greeted by this user interface. It looks so fab! I’ve loved it the moment I started the game. There’s something charming in that edgy yet cute design. So funky.

As for the features, Free Play is the only one available in this trial so I couldn’t check out Theater and Movie. You can try out the four songs included in Sweet, Regular, and Bitter levels.

The only game that I’ve played with Nitro+CHiRAL is DRAMAtical Murder so obviously, I played AI Catch first since it is the one I’m most familiar with. Playing using the keyboard and using five fingers takes some time to get used to. It reminded me why I’ve never tried any rhythm games for PC. www

There are other songs besides AI Catch, like GRIND, Lamento, and I’m in Blue. Since I haven’t played the other games, I was not sure if I’d like them. Oddly enough, I got hooked right away thanks to Nitro+CHiRAL’s awesome soundtracks! In particular, I loved I’m in blue from Sweet Pool.

As I mentioned, each song has 3 levels of difficulty – Sweet, Regular, and Bitter. The Sweet level is already pretty tough but manageable. Regular is very challenging though! I’ve only tried AI Catch and I’m in blue in Regular and they were difficult >_<. But this game is so fun and the songs are so catchy that I wouldn’t mind playing them again and again to get a higher score. 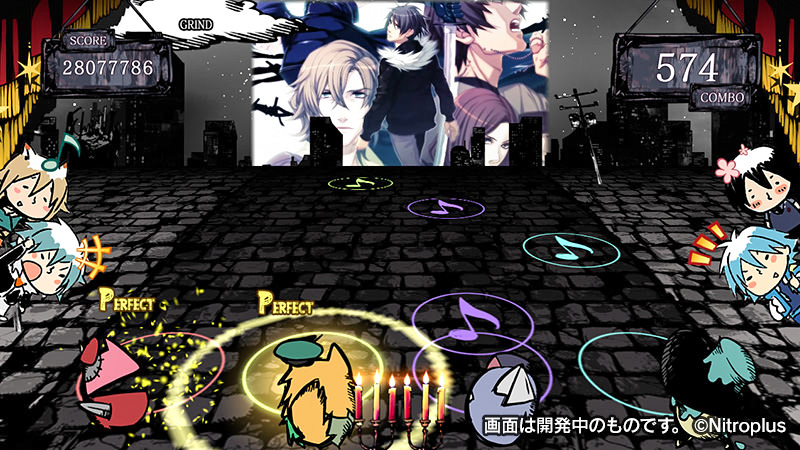 I so want to get this game right now. As in NOW www. Thing is, I learned about this a week after I came back from Japan! /sobs I could have searched for it while wandering around Den Den Town or Ikebukuro’s Otome Road since I hated importing PC games. They are not as easily accessible as Vita ones.

So my search for a store that sells a PC game shall begin! Hopefully without having to resort to forwarders www.(Why doesn’t PC game makers make their games available digitally? /weeps) For now, I’m contented playing the trial version of THE CHiRAL NIGHT Rhythm Carnival.