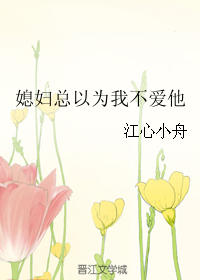 Randomly picked this up among the translations of Exiled Rebels Scanlation team. I know that they translate Chinese BL novels so it struck me weird when I read this title, My Wife Always Thought I Did Not Love Him <– I focused on the ‘wife’ part and completely disregarded ‘him’ lol. I thought that was a really intriguing title.

My Wife Always Thought I Did Not Love Him

Going back to high school, and meeting your crush once again, XiaYao this time has decided to choose an entirely different route.

{A little preview}
Before rebirth—

Xia Yao: I like you.
Zhou Du: What did you say?

Zhou Du: I like you.
Xia Yao: I only see you as a classmate.
Zhou Du: ……【But that’s not what your diary said！】

Also known as 《A love affair triggered by a diary》

A car accident made Xia Yao return to his third year of high school, he finally has the opportunity to make up for everything he regrets. The mistakes that have been made can now be mended. So when Xia Yao once again meets Zhou Du, the target of his unrequited love, he decides to choose a completely different route.

If you don’t love me, then I’m willing to set you free.

However, things seem to turn out completely different than what Xia Yao expected.

Refined writing style, dramatic plot and vivid characters. This story is melodramatic, tyrannical and heart wrenching yet so sweet that it brings a dead man back. The returned Xia Yao who thought too much with little to no honest communication causes many contradictions and misunderstandings. Fortunately, the day when misunderstandings cause them to separate paves the way to a sweeter future.

One of my favorite themes is one-sided love stories and this novel just hits it. But not for long. There’s just a lot unresolved sexual tension, angst, misunderstandings. In short, frustrations everywhere.

So this novel had two foolishly in love teenagers (though I think XiaYao couldn’t be considered a teen anymore?), ZhouDu and XiaYao. ZhouDu was super hot-headed and rash! But he was also super cute when he didn’t know how to act in front of XiaYao and tried everything, albeit clumsily, to please the other.

On the contrary, I mentally flinched every time he got jealous because he’s so overbearing and possessive. He pummeled anyone who gets in the way. Like, guys, seriously? All you ever do is to fight? If something doesn’t go your way, you just beat someone? I’m so scared for XiaYao.

Speaking of, XiaYao, though, is so timid. I expected him to be like that in his first lifetime. But this was a do-over. He was already an adult but despite that, he still acted like a teen who fumbled a lot. Unless we’re talking about smexy scenes (as sexy as the story could get, which was still very tame lol) because that’s where his ‘adult’ knowledge came in. 😅

My favorite scenes were everything that showed ZhouDu’s reaction. He acted all cool and strong but he was so head over heels to XiaYao. When ZhouDu started falling for XiaYao, when he’s jealous, when he’s sweet, when he’s hot and bothered, everything was just super adorable to read.

But above all, I really really want them to just talk things out. Whenever ZhouDu took a step forward, XiaYao took 2 steps back. If they would stop assuming things first and talk things out, that would save them a lot of misunderstandings. It’s impossible not to root for them. It’s understandable that they were clumsy with their feelings and their relationship but it scared me to death every time ZhouDu fights because it puts their relationship on the edge. But ah, I think the way they clumsily handle their feelings was also one of the charms of the story.

I’m still on chapter 34 and will be putting this series on hold for a while. Or at least, until I finish reading MDZS and Heaven Official’s Blessing. I’ll be back to post my final thoughts about this by then. 😉