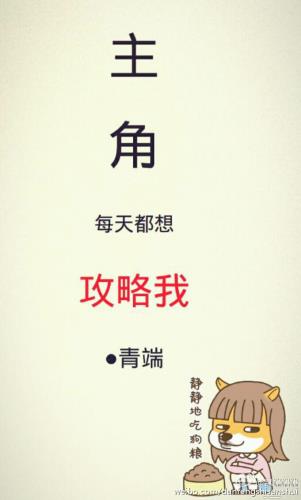 The Scum Villain’s Self-Serving System opened the world of transmigration/reincarnation/rebirth/system danmei novels to me so you’ll see a bunch of those titles here in the future. 😂 After reading Scum Villain, I needed something to distract me from my feels and this title was perfect!

Every Day the Protagonist Wants to Capture Me

Transmigrated into the body of a cannon fodder villain, Chu Yu has three major worries:

Chu Yu: … Wait, what about the harem novel?

This novel should also be called Everyday My Shidi is Thirsty. 😂

Since I’m still in the middle of the novel, the only notable characters I’ve encountered so far were the MC, the ML, and the MC’s family. The rest were evil cannon fodders set to do stupid things to make life difficult for Xie Xi and Chu Yu.

Chu Yu (I hope every character of a CNovel have this simple name lol) transmigrated as the villain who bullied Xie Xi in the original novel. So to ensure his long life in this world, he decided to hug the thighs of the protagonist. He’s kinda like Shizun (Scum Villain) who aimed to change the ways of the villain cannon fodder and spoiled his younger brother (as in disciple) as well. Who would have thought that what he’d needed was not to only hug the thighs but also to hug the ‘third leg‘. 🤣

Other than making sure Xie Xi got stronger, Chu Yu was hell-bent on creating ML’s harem. Funny thing was, all of his efforts to introduce girls to Xie Xi backfired. Instead, of wanting to build his harem, Xie Xi got even thirstier for Chu Yu. But MC was soooo dense (and so in denial lol) that all subtle moves just flew over his head.

While Chu Yu was busy making sure Xie Xi got on the right path, Xie Xi was busy trying to find ways to woo his elder brother. Like he’ll eat Chu Yu at every possible moment. That’s why the title, “Every day the protagonist wants to capture me” fitted the story since that’s Xie Xi’s priority above everything else www. He was also very black-bellied but all to capture his dearest Da Shixiong.

As I’ve mentioned above, I also love the Chu family. Each member of the family doted on Chu Yu which was really cute! Chu Yu’s like the family princess that everyone treasures. Especially Chu Sheng who was a big brocon. He even had the guts to compete with Xie Xi when they first met (mind you, Xie Xi was 13 years old lmao). They were entertaining to read since the last time with Shizun, he’s past made my heart bled so seeing a pampered ‘villain’ was refreshing.

Oh, and I have another fave, the Third Shidi – the unfortunate no name cannon fodder. He’s the first one who entertained the idea that there’s probably something going on between his two shixiong. I bet he’s a fudanshi and was secretly the president of Xie Xi x Chu Yu fans club www.

While the first 30 or so chapters showed some important plot events and possible twists and turns in the future, each chapter was still focused on developing Chu Yu and Xie Xi’s relationship. So my favorite scene was every scene where Xie Xi clung to Chu Yu. He used Chu Yu’s weakness on his childish charm to slowly seduce our dense protagonist. Like how he got to make Chu Yu agree to allow him to eat ‘fish’ when he wanted to – Chu Yu’s name could also mean fish. Or the scene where he needed to break an incantation while supporting Chu Yu on his other arm, giving him the perfect excuse to ‘accidentally’ kiss his Da Shixiong due to the closeness of their bodies. Naughty shidi. 😏

This is a pretty short novel (80+ chapters only) so once I’m done with MXTX’s novels, I’ll continue reading this and see what happens to our thirsty ML www. I’ll edit this post to add my final thoughts!