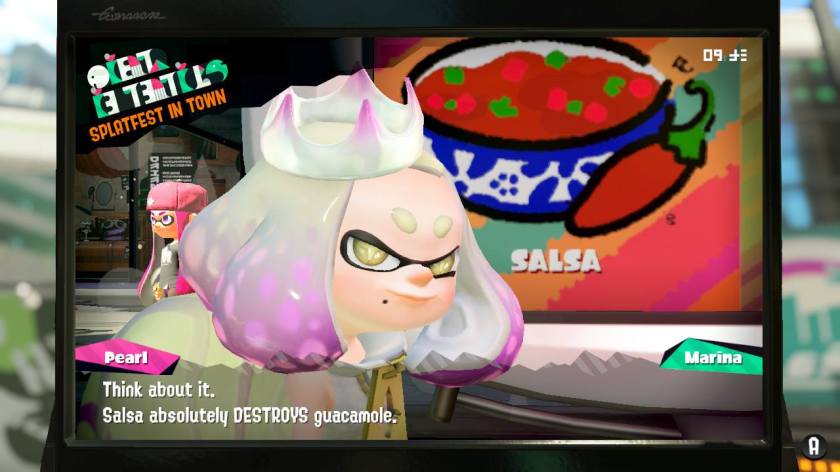 It’s been a week since the last Splatfest and yay for Team Salsa! It was quite obvious that we’ll win the popularity contest seeing that most of the teams I met came from Team Salsa. This sort of defeated the purpose of choosing a team based on the color lol. I have never tasted either Salsa or Guacamole in my entire life. Since red looked cool on screen, hence choosing Salsa www. 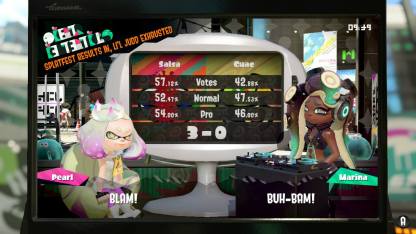 This was my first team win too haha! I guessed that we’ll win the popularity but based on the previous Splatfests, the team loses even if they were popular. So I was surprised by the result!

It’s been quite a while since the release of the update. Which are your faves? I loved the new Splatershot Jr and the Octobrush! Their new kits are lovely! I still have trouble using Ultra Stamp though. Meanwhile, the Torpedo is interesting. It’s like a more concentrated Tenta Missiles.

As for the Tentabrella and L-3 Nozzlenose, I haven’t tried them. I think those are still not available for my level (Lvl 24 atm)? I’m not sure if I’ll try using them anyway, knowing that I’m no good in those weapons.

Dang, I love Salmon Run even if it’s too chaotic in the map. 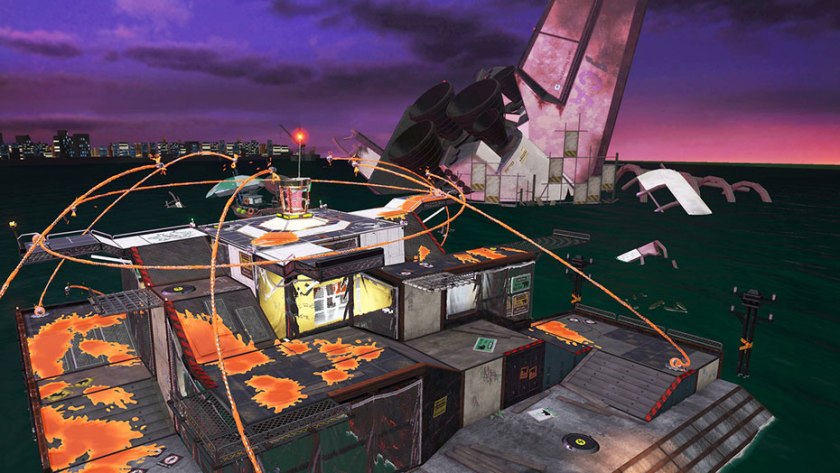 There’s a new map for Salmon Run named Ruins of Ark Polaris. It’s an interesting map, bigger than most maps. But it’s definitely a lot harder than them. I need to master riding those railings.

Speaking of Salmon Run, I hit Profreshional! Though I really wanted to take my time and remain in Overachiever level for as long as possible. But I enjoyed my last play so there…

I wasn’t keen on leveling up since the Boss Salmonoids in Profreshional were crazy difficult to deal with. But, ah, can’t be helped.

Let me share with you some Salmon Run lessons I picked up, you may or may not learn something new here. 😂

That’s about it! I hope you still got something out of these.