Replaying is something I don’t really do often. Doing it for 7’scarlet made me realized that there were bits and pieces of details I missed the first time I played the game. It’s a fine discovery and it made me appreciate the writing through these foreshadowing more.

I listed them in no particular order. 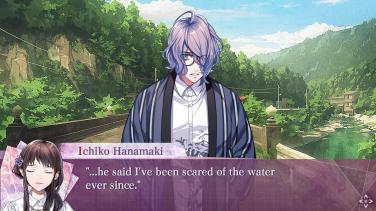 1. The height of the bridge over the river

Hino and Ichiko talked about it when they passed by the bridge as they entered Okunezato. They said along the lines of “Oh it’s scary to fall down from a bridge this height” or something like that. It seemed like a harmless remark but it could be taken as a premonition for the True End and also, somehow related to Ichiko’s past and fear.

2. Toa apologizing to everyone

When Yuzuki said that they have enough trouble already and the concert just has to add on top of that, Toa apologized. When questioned why he was apologizing, he said just because. I passed it as a part of his personality at first. But I realized that he’s already hinted his celeb self early on in the story.

I overlooked this one big time. When Ichiko and Isora talked about it in his route, I thought they were just quoting some other author. In Yuzuki’s route, it was revealed, albeit indirectly that this writer is Karasuma. The sensible author I imagined the author to be turned out to be a big burly and brusque guy lol. 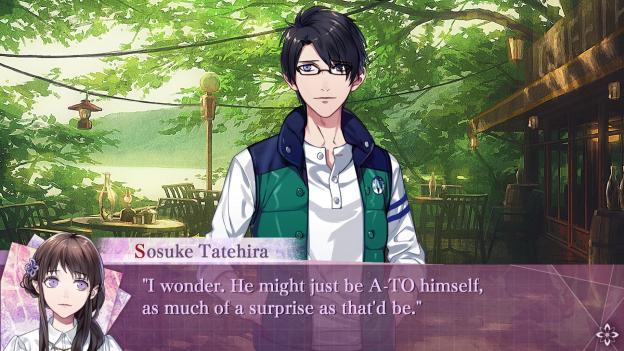 4. Sousuke being tactful about Toa’s real self

I’ve just realized in my replay that halfway through the game that the only person who knew about Toa’s self is Sousuke and he’s been mum about it! Though he low-key hinted about it in his route.

5. Mentions of River Nyx at the beginning

In the prologue, an unknown man chases a woman. The man mentions using coins to cross the River Nyx in the underworld. At the time, I never really paid attention to this. Even did the same in my replay!

It was actually Nami who’s quick to pick it up. She said, “Dead? Why are they talking about a dead person? Are they dead?” While I can’t answer her questions for, well, spoilers, I’ve realized that these are hints about the revenants early on in the game.

6. The emphasis on strawberry in Isora’s route

When I first played I thought there was just some glitch in the writing – the one where Isora asked Ichiko why she couldn’t eat a strawberry. In the following scene, he asked again. Both of them seemed to have forgotten about the previous conversation. But this time, there’s really a lot of mentions strawberries. It seemed like the writer placed an emphasis on it since it’s the central plot device that tied their fates.

7. The talk about the waning moon

I loved how Yuki explained this part. My deduction here was nowhere as clever or as deep lol. I’m pretty sure I missed this the first time because of my limited Japanese skills. 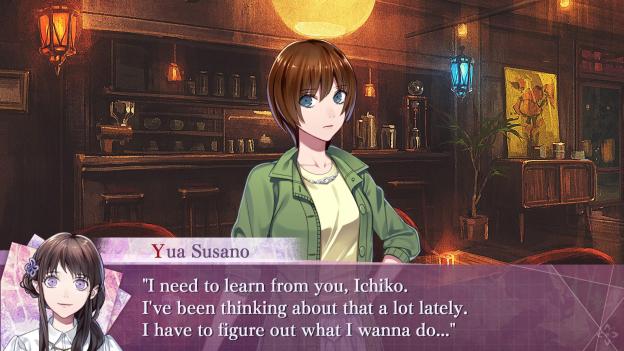 I loved how Yua’s acting pretty suspicious in all of the routes as part of the foreshadowing which may or may not lead to you hating her.

Tsukuyomi spread a rumor that a revenant appeared in the concert which isn’t really a rumor. As it turns out the one doing the concert is a revenant.

While it’s a running joke in the game, in the True End, you’ll see that this line holds true.

I’m pretty sure this person appeared in Yuzuki’s route but it might also have been in the True End. Nonetheless, Hanate appeared way before his route.

There you have it! I’m sure I still missed some things but picking up these small bits made my replay enjoyable! I hope you’ll enjoy gaming too. 🙂

If you’ve missed the PS Vita release or just don’t have PSV, you have no reason not to play this now that it is available on PC! 7’scarlet is on Steam! Get it here.

Note: This is a sponsored post. A review code was provided by the publisher for the purpose of this blog post. The views expressed in this review are our honest opinion of the game.