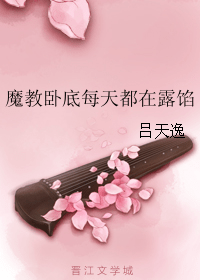 When Lin Ran woke up, he found out that he has unfortunately transmigrated into the body of the Evil Cult Founder’s 18th little concubine. Even more unfortunate was his true identity is actually a guard (名捕/míng bǔ). He married the Founder in order to spy on him.

Idiotic protagonist could only ‘bite the bullet’ and be undercover. All sorts of bad luck, all sorts of incidents in ‘getting exposed’… however, he found out that this Founder’s attitude is very very strange…

I found this randomly and it’s very short so why not give it a try.

Word of advice before you start reading this novel: This is not supposed to be taken seriously.

LMAO fest right off the bat. While the story seems dark, what’s with the evil cultivators and all that, Lin Ran is funny as hell. But it’s not just him, all the characters are hilarious. Even the dark lord makes it his habit to continuously tease silly Lin Ran.

This is one of those cultivation stories that doesn’t dwell with the fighting and political drama. It focuses on a single event and let it roll.

Given how the focus is more on the comedy, there are some plotholes. Also, it’s short. There’s bound to have a lapse in the story every now and then.

But you know what, I didn’t care and I never bothered counting them. Because this is not a serious story. It’s meant to be enjoyed and go along the fun. The plot holes even serve as a point to laugh at.

This wouldn’t be funny if not for Lin Ran’s reactions. I kinda feel bad for him for reincarnating in the middle of things. So you really can’t blame him for having dumbfounded expressions because he really doesn’t know the setting that well. He didn’t even have time to adjust to his new environment.

…is my favorite type of ML. He teases Lin Ran a lot but never really crossing the line. At the same time, he also seduces his small concubine every now and then. He reminds me of Ye Junchi from Let Me Tease You with the way he coos at LR.

Lin Ran’s Shixiong and the Thief

Shixiong seems like an upright cultivator. At one point, his stubbornness is quite irritating. But! His reactions are explained. So I’m okay with him now.

What really sold me was the way he turned like a teenager in love around his supposed archenemy, the Thief. The two loves to PDA as if no one’s around them, feeding people with dog food (though I guess not really applicable for Lin Ran??)

It’s short, funny, and sweet. What more could I ask for?

That goes without saying that I enjoyed this so so much. It made me laughed out loud many times and go 😏 at ML and Lin Ran’s reactions.

I’d hold myself back and won’t give highlights. Given the length, I might end up telling you the rest of the story. 😋