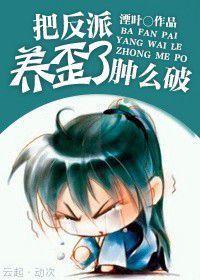 把反派养歪了肿么破 | I’ve Led the Villain Astray, How Do I Fix It?

One day he transmigrated into the inside of a novel and found himself with another chance to raise a younger brother.

Immediately rolling his sleeves up to prepare for battle, he planned to raise this little brother into an exceptionally good man! And a perfectly straight one!

Taking a lesson from his past experiences, he continuously perfected his training plans.

Clearly, he strangled any opportunities to turn his little brother bent in the cradle, yet why was it that the little brother he had used all his heart and blood to raise — was still a gay guy!!!

And he was a gay guy who made him his target!!!

Your father ain’t playing around anymore!

A body you can save, however a warped soul……how do you want him to save it?! What a godly problem!!!

I finally have the courage to start this loooong novel. Just letting you know that I’ve only read the first 52 chapters. So think of this as more of an impression than a complete review.

I’ve Led the Villain Astray is both transmigration and rebirth story rolled into one so expect alternating POV of Xu ZiYan and Xu ZiRong. This kind of combined setup makes the usual cultivation world shenanigans more interesting. You don’t just get the POV of a transmigrator trying to change the original storyline but also a rebirth character who is also the so-called villain from the previous life.

It is doubly interesting because the “villain” is the “adorable” younger brother. It is amusing to see how the great Dark Lord tries to curb his dark intents while acting cute.

So I’ve mentioned that this was an impression because I’ve been thinking whether I would like to know what happens. But the story is FOUR. HUNDRED. SEVENTY. FIVE. chapters long. My longest novel so far was Heaven Officials Blessing which was around 200+. I was dying mid-way because MTL-ing TGCF brought knives so my brain and heart died at the same time. And it took me months to read.

So imagine a 400+ series. It would take me years! 😂 But I don’t know, I’m still deciding? Cultivation worlds are the bane of MTL-ers but I’m also curious how things would progress with the main characters as well as when they finally face off with the novel’s “protagonist”.

Another reason why I was on the edge of reading this is that the author tends to write long-winded descriptions. I mean it would have been okay if those descriptions would give you a glimpse of the hidden intents of the characters, very much like what George R. R Martin did for A Song of Ice and Fire.

But I’ve Led the Villain Astray is mostly just blocks and blocks of texts of expositional paragraphs. Well, sure, I guess I could just skip them altogether but I’m the type of reader who felt guilty after skipping things. I feel like I ought to read each and every word as if it holds the secret keys to the story. So there.

Xu ZiYan is hopeless. He is such a brocon! Always hovering over his brother, always ogling and praising his brother.

Xu Zirong is dark and all and I can’t wait to see him hopelessly in love with his brother. Though he is already hopelessly yandere towards Xu ZiYan, as his brother is God-given in repayment for having a bad life in the past life.

Despite all the narration problems that I have, I enjoy reading Xu ZiYan and Xu XiRong’s adventures. If that enjoyment is enough to make me read MTL through all the chapters is something that I still can not tell. Maybe. Maybe not.

I’ll save this once I’ve actually finished the series. 😉