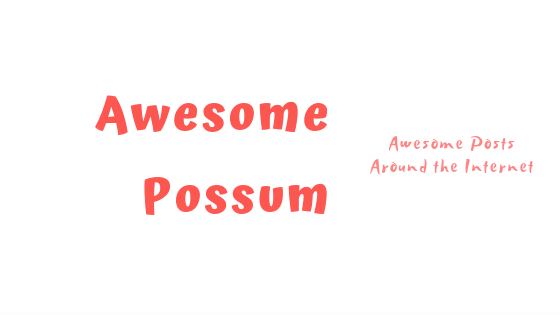 Awesome Possum posts consist of random internet finds. Any blog posts, articles, videos, podcasts, anything under the sun will be included here. To be clear, this won’t only include games or manga. It will be anything and everything. Some posts may not be necessarily posted this week, but I’ve only discovered about them this week.

Also, I decided to have a posting schedule because I like having one and kicks my ass to post. I’ll also be updating the Rec List and some other things (not like anybody cares www).

So let’s get started.😋

New titles coming to PS4, PS Vita, and Switch. So far, I’m only quite interested in Root Double.

Akash: Path of the Five Trailer Shows the Handsome Boys You Can Romance

The art looks gorgeous! Sadly, it’s only available for PS4, which I don’t have.

For people like me who missed the game announcements.

Check Out The Localized And Remake Versions Of Trials of Mana

I’ve been wanting to play any titles from the Mana series but I just can’t get around it. Here’s hoping that Trials of Mana will be my first one in the series.

Dang it, iOS and Android only. And I really loved the guys. I’m not keeping my hopes up that it would be available in my country.

This is great! I just hope that artists are paid on time and get the royalties they deserved (this is, generally speaking, not implying that Daum doesn’t pay its artists. Maybe, maybe not).

Nice, hope this is as good as the previous Rumiko Takahashi titles.

The old eBookJapan is coming to a close

In case you didn’t know, eBookJapan is closing due to their merge with Yahoo! Japan. Anyway, more on that on Amayan’s post on her blog. Do check out her guides on how to register to the new website and the apps.

You can check out their site at https://futekiya.com/contents/#

Whatever their new project will be, I’m super ecstatic about it! Anything that promotes BL. I wonder if it will be an online store, like Renta! Or Manga Club etc?

Would they also post about Korean webtoons seeing that they have interviews from the creators of Love is an Illusion and BJ Alex? Who knows!

I’ll be happy with anything as long as it’s BL Tee hee.

I’m on Team Unicorn! I didn’t play that much though because I keep on getting disconnected on the server. At one point, I had to play 1-vs-1 because the rest of our teammates got disconnected. Ugh.

I’m sad because this is the second to the last Splatfest which brings me to the next video.

I’m so sad. I’ve only been in this game for almost a year and I’m enjoying this a lot. It would be a Chaos vs Order theme. I figured people will choose Chaos so I’ll choose Order instead. Hopefully, they would announce Splatoon 3 soon!

If there are goodbyes, there are also hellos! Animal Crossing will be coming to Switch March 20, 2020 and I just couldn’t wait for it!

Gun Hoo being a cutie and that Gun Hoo and Minguk cover will be the death of me.