Been reading a lot of on-going series and I’m sorta regretting doing it because now I’m itching to read the next chapters lol.

I’ve read at least the first 5 or so chapters of these series, except Painter of the Night which I read until chapter 10. There are free chapters available in the links provided below that you can check out in case you want to try them out for yourself.

Just to be clear, these are not reviews but more of impressions of the series. 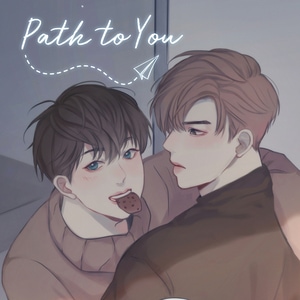 Path to You by Sinran | Kisai Entertainment

Summary from Tapas (Free until chapter 5)

When almost college dropout Jensen attempts to drink away his problems, unemployed Nathaniel suddenly pukes on him and ruins his night. As an apology, Nathaniel offers to help Jensen with his studies. Despite Jensen’s difficulties in getting along with people, the two become friends and something deeper begins to grow between them…

Path to You seems like a super slow build. The first few chapters show Jensen’s background and how he got entangled with Nathaniel. So it’s pretty much what the summary says. And since I’ve only read a couple of chapters, I can’t quite tell how the story will go, seeing as each of them has their own problems to deal with.

Honestly, I’m on the fence whether I’ll continue this or not. The thing is, the circumstances of the characters, their pressures, and emotional baggage hit a little too close to home to the point where it makes me feel uncomfortable. Not to be taken as you know, some trigger warnings and all that. It’s just that I can relate to their problems so much it hurts. So I want to wait until it ends so when the going gets tough, at least, there’s the ending (crossing my fingers for a happy ending) to look forward to.

On the surface, I have a hard time relating to the characters. Jensen is too indifferent, Nathaniel too flimsy. There’s not even a connection yet in terms of romance between the two so I can’t really cheer them on.

While I do relate to their problems, I find Nathaniel easier to like than Jensen. The latter is just too much of a yes-man he frustrates me. He keeps on being pushed around. I understand the deal with her sister (though I don’t like her pushing all the responsibilities of HER son to her brother) but not with Martin, his friend. Like, gosh, Martin’s so pushy, insensitive, and inconsiderate of Jensen. He knew Jensen’s graduation is on the line yet Martin kept on egging him to go hang out. Which makes me frustrated with Jensen in return because he just can’t say no.

I have trouble differentiating Jensen and Nathaniel. I think the latter has a darker shade? But there are panels where the lighting and shading of Nathaniel’s hair coincide with that of Jensen’s hair. And no, the parting of their hairs are not that distinguishable either. I’d have to stop and stare where the bangs are pointed (Jensen’s parts on his left while Nathaniel’s bangs are in the middle).

Painter of the Night by Byeonduck

Summary from Lezhin (Free until ch 2)

I want to know when the two of them will hook up. Because the seme appears to be an asshole and will be hard-pressed to fall in love. He is also very prideful so there is their social standing keeping them from each other too. And it seems like the fuck buddies of the seme are all jealous bitches. Plus there’s also the beloved master of Na-kyum who forbids him to draw BL. So many hurdles!

I love them and how opposite they are. Seungho is so mental though, such a sex fiend and a vicious man. Meanwhile, Na-kyum is the perverted virgin who is also a starving artist. There’s always tension when these two meet and I can’t wait for the day when they start falling in love. (Unless the creator will throw a curveball on us and give a bad end. In that case, I’m gonna stay far farrrr away from this series.)

I love it! It’s probably one of the reasons why I started and kept on reading. The art is freaking gorgeous! 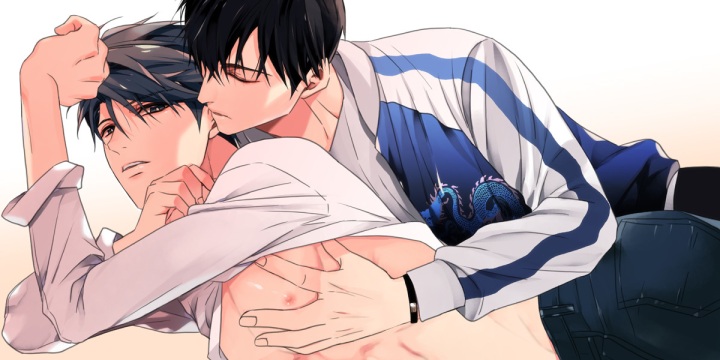 Summary from Lezhin (Free until ch 3)

There’s a late bloomer, and then there’s a *late bloomer.* Doyun may be half Omega, but he certainly doesn’t look it: he’s tall, chiseled… But the worst of it all is that he’s a full-grown adult male who has yet to go into heat. He doesn’t see the problem, and everyone assumes he’s an Alpha, anyway. But when his body finally decides it’s “time,” it just happens to be at the most inopportune moment. He has no-one to turn to but his work rival, Taehan – but thankfully, Taehan is more than man enough to help him out.

I’m wary of ABO stories because they are almost always full of angst and rape. But Love Shuttle is interesting for having an irregular Omega – someone who has late heat and looks a lot like an Alpha. He’s also as strong as an Alpha, different from the ethereal and fragile Omegas in other stories.

Doyun and Taehan are rivals at work who become entangled with one another after Doyun’s heat with the former becoming too attached and attracted to Taehan’s pheromones.

One of the reasons I enjoy this is because of Doyun. He is such an adorable uke, sweet and tempting, something no one could have guessed at first glance. He is such a freaking tsundere too. Oh, you don’t know how rewarding it is to see him blush and stutter when confronted.

Taehan appears like the jerk-ish Alpha but from the few chapters I’ve read, he seems like gentle and caring. He never left Doyun even on times when he could have ignored Doyun.

I like the art. On the surface, it looks a lot like AlphaxAlpha story with the eye-candy main characters. Also, Doyun reminds me so much of Akira from Togainu no Chi.

So there. These three are all interesting and enjoyable but I doubt I’ll come back to them weekly at the moment. I’ll probably wait until there are more chapters. So until then, I’m going to distract myself with other series.