Tapas had a BL week last January 27-February 2. There are 5 titles included, and their first few chapters are free. I grabbed the chance to read since the sample chapters are more than the usual preview chapters. Since these are only a handful of chapters, this post is just about my first impressions on them. 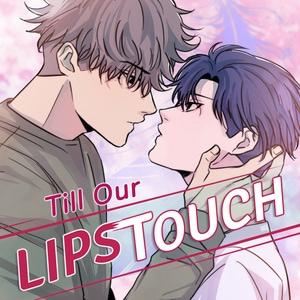 Sebastian Jung was the hottest teacher, that is, until Isaac Han arrived. Tall, intelligent, and beautifully brooding, Isaac has it all and Sebastian knows this all too well. In the past, they had shared a sultry after school romance. Now, Isaac is back. Can Sebastian resist falling for Isaac again or will his lips yearn for his touch?

There is tension right off the bat, and the whole mood of the story screams angst. Sebastian was in a relationship with the new teacher, but either of them seemed to have forgotten about their relationship.

But somehow, seme’s brother also confessed to having feelings for the MC? But didn’t make a move all this time?? Then there’s also the student, Mickey, who acts super close to Isaac and tries to meddle with Isaac’s love life? Mickey is pretty annoying, actually. He acts entitled which sounds like bad news if he tries to get chummy with Isaac more. I always get nervous whenever Mickey and Isaac are on the same scene. It feels like something is going to happen which might push Sebastian away. I feel uneasy when a side character gets a POV in a webtoon because I feel like they have some sort of plan to break the main characters apart. But then again, we still don’t know what really happened between them and why they broke up.

The good thing is that Till Our Lips Touch is already completed so maybe I’d buy the last chapters first before deciding whether it’s worth the binge-read.

I love perverted ukes. But Chanbit Han is not just perverted, he also sleeps around. Meanwhile, Baekyung his manager sleeps with him too, all the while deeply in love with him. Sounds like a tricky business and a lot like this manga.

But the art is so pretty!

…but the story. That summary. It sounds a lot like a wild ride of angst that I’m not ready to take.

I guess I’ll have to wait until this one finishes which will probably take a while. 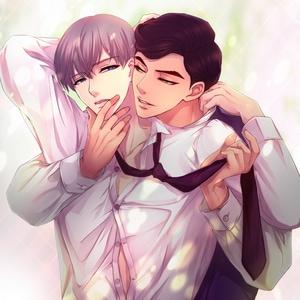 Every day of Giovanni’s life has been cold. Despite scorching summers, sunny springs, despite being the president of an uber-rich company, he is incapable of feeling warmth, numb to it all. Then, he met Felix. Shy and seemingly innocent, Felix’s touch is the first heat Giovanni’s felt in a lifetime. Lust or love, Giovanni hires him as his personal bodyguard, but are Felix’s true motives so warmhearted?

I don’t know what to feel about this one. It’s like rom-com, drama, and action rolled into one. I’m not even sure if it is because of the colors used?

Giovanni and Felix are cute as individual characters, but they are terrible together. They never bother to talk, or maybe Felix attempted but Giovanni only hears what he wanted to hear. Not to mention Gio’s several sexual assaults. Then the creator uses his inability to feel warmth to justify his need to harass Felix every possible moment. That left me warm and cold — I feel sad for his “coldness” but felt meh whenever he fondles his bodyguard.

Will I continue reading this? Eh, I’m not sure. Maybe. Maybe not. Like with Scandalous M, I’ll wait for the last chapters before deciding to plunge in.

Another story that I avoided initially because of the cover. I know, okay. I judge the books by their covers. 😆

Another story where the main leads have a past and now they act like strangers around each other. But at least, it’s not as angsty-looking like Till Our Lips Touch or dark and heavy like Your Romance. Out of all the stories on this list, this is my favorite. It has the right amount of comedy and romance. Just the right amount of everything, really. Something that I’d read when I want something light, but interesting enough that I won’t be able to put it down.

Hajin’s got to be my favorite character because he doesn’t back down and let anyone walk all over him. Like how he corrects that not because he is gay, he gets the hots for every guy or how he never hesitates to punch Hangyum when the other kisses his cheeks as a prank. Oh but don’t think that Hajin is one of those hot-headed types. He’s just standing his ground.

Will I read this? Definitely! But as always, will wait till the series is over. 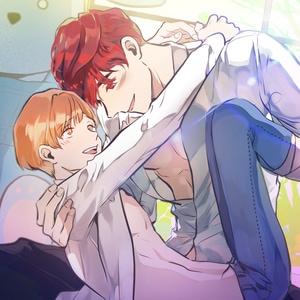 As a closeted gay man, Gyulwoo is 28 and single. He has a decent job but he’s lacking in the love department, too terrified to come out and ruin his career or reputation. Ready to live the rest of his life hiding his feelings, Gyulwoo is shocked when Hojun, his old friend from high school, appears. In the past, Hojun had revealed he loved Gyulwoo but Gyulwoo wasn’t ready to accept his love. Decades later, will Gyulwoo keep their romance secret or will he finally share his heart with Hojun and the world?

Ha. Don’t be fooled by that bright cover. It really isn’t all sunshine and rainbows inside.

What I thought to be a teenage-like romance turned out to be something with heavy undertones. Your Romance deals with themes like coming out and bullying. No wonder Gyulwoo is a very jaded adult with how life treated him. And Hojun needs to work really hard to convince the older guy to open his heart.

But the constant flashback that cuts through the narration confuses me sometimes. I had to re-read panels to make sure. And the changes in time don’t just involve one fixed time frame in the past and then shift to the present. It shifts at different times like sometimes it’s just the night before. Other times it goes back as far as when they were teens.

Okay, same question as the rest… I’m not sure whether I’d read this though. Probably. But I’ll be putting this in the low priority list.

Ooh, I enjoyed them a lot! I was glad for this event. After all, I was able to read the series which I probably wouldn’t read because I’m judgmental like that lol.

In my mental priority list, the top spot goes to…

But, well, it’s going to be a long time before I actually get to read these again, depending on their updates.

If you enjoy this post, please consider supporting me on Ko-fi! Any donations made go back towards keeping the site running. Your support is greatly appreciated!